Welcome to The Ironist, your source for all Extreme Ironing knowledge. From here, you can find information about the history of this esteemed sport, from its international origins, to the emergence of the AUTC Extreme Ironing Division.

The Caviar provides an index for all of the online resources we provide, but you’ll also find links throughout this page.

Extreme ironing is a sport that combines the thrills of the outdoors with the satisfaction of a well-pressed shirt.

Extreme Ironing, like most good things, has several different claimed origins. An interesting claim that lacks evidence is that it was created in 1980 by a bloke in the UK (Tony Hiam) wanting to take the piss out of his brother in law (John Slater), who tended to iron even while tenting. While there is little evidence to support this claim, it seems pretty legit, and a little more interesting than the claim in Phil “Steam” Shaw’s 2005 manual, that he created it in 1997 to allow himself to rock climb while doing his chores. Steam‘s is however the accepted origin within the community.

Steam certainly popularised the sport, taking on an international tour that included the USA, Fiji, Australia, South Africa, and like any good tour, New Zealand. Naturally, as happens when you mix New Zealand with anything, a bungee jumping variant was created to increase the thrill levels. International stunts have included earth, sea and sky endeavours: ironing while completing a half marathon (Steam, 2012 – UK), mass underwater ironing (173 divers, 2011 – Netherlands), and skydive ironing (Various)

AUTC entered the Extreme Ironing scene in April of 2017, with Timothy “High Temperature” Gray running AUTC’s first ironing trip to the summit of Mount Ruapehu, appropriately New Zealand’s largest active volcano – It produces its own steam! This trip was closely followed by trips to other North Island mountains, including Taranaki, Ngauruhoe, and AUTC’s training grounds, Mount Eden. It was on Mount Eden that upside down ironing was first trialled by the club, though the jury is still out as to whether this affects the ratio of creases to lack of creases.

The sport has flourished since 2017, with a range of Ironists experiencing the satisfaction and exhilaration. The sport has been used to augment classic tramping club experiences including TWalk, which an entire team of Ironists entered one year, and the boards themselves have been augmented for snowboarding, adding to the extreme experiences.

Through experience, the Extreme Ironing division of AUTC continues to build up a list (Available here) of important tools and supplementary gear for Extreme Ironing, but there are really only three key things to take on an Extreme Ironing trip: (Some of which have been forgotten in the past)

While these may seem self-evident, it must be admitted that trips have found themselves replacing irons with warm rocks, in the unfortunate situations where the iron was neglected. To promote the sport within the club, an ironing board, Suzy 2.0, and two variants of iron have been purchased. (A modern model with a plug for a conventional NZ wall socket, and Old Rusty, the pride of the club, a classic iron, made from the heftiest iron.)

In recent years, AUTC members have made efforts to spread Extreme Ironing back out into the world. While Iron Fist has taken it back to its homeland in the UK, and has been witnessed ironing in the middle of frozen Scottish lochs, rumours have reached our shores of a strange form we assume to be High Temperature, mounting Swiss Alps in the name of Extreme Ironing.

The club looks forward to further additions to this great legacy, and hopes that further members will get to experience the glorious thrills and satisfaction of well-pressed adventures. 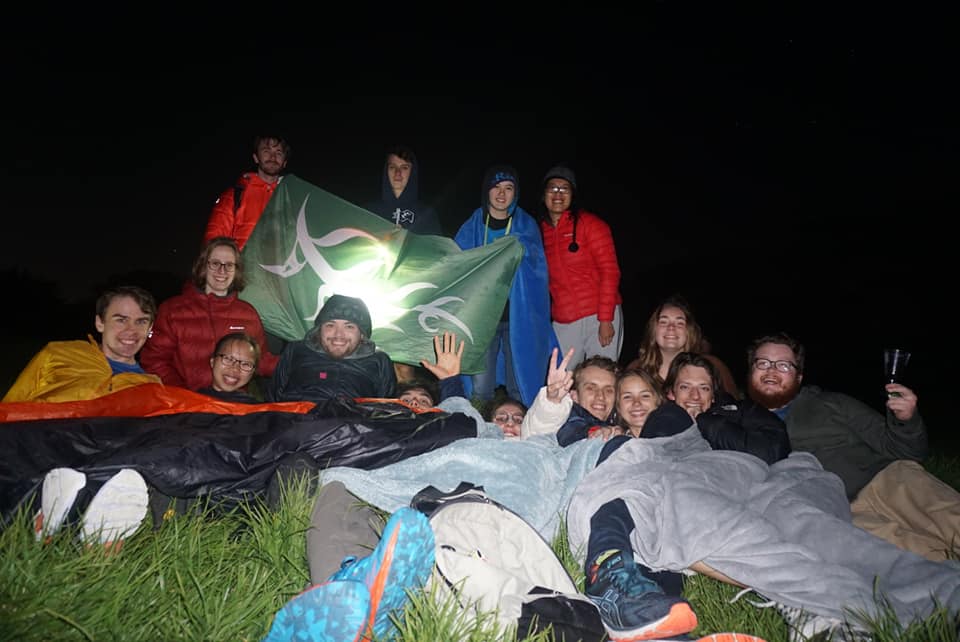